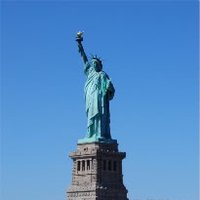 The story of FIHCA (Association of Flight Attendants and Medical Escorts)

In 1966, a group of Air France and Sabena female flight attendants got together to create a Federation that would welcome female flight attendants from all offer the world. They were soon joined by The Evergreen Association of Finland (Finnair), the Swiss (Swissair), the Luxemburgers (Luxair), Clipped Wings (TWA), and World Wings (Pan Am). Very recently, our friends from the Netherlands, KLM joined FIHCA through their association, VOC-KLM.

Here are the goals of FIHCA: to encourage and develop friendship and solidarity amongst flight attendants, including flight nurses.

FIHCA is a non-political federation serving existing airline associations, and is not affiliated with any specific association. FIHCA treats everyone with respect regardless of their ethnic origin, gender, age, sexual orientation or religion.

The yearly FIHCA Convention provides wonderful networking opportunities in a friendly setting, and it was in Malta in 2015 that FIHCA first welcomed male cabin crew as “Associated Members”.

Members as well as non-members are welcome to join our trips and social occasions.

The FIHCA logo is the NEKHBET, an Egyptian goddess. When FIHCA was founded in 1966, the symbolic Nekhbet was offered to the Federation by Mrs. DESROCHES-NOBLECOURT, the Director of the Egyptology Department at the Louvre Museum.